Review Cellular strives to provide unbiased, comprehensive, up-to-date smartphone and cell phone plan reviews. We use our extensive knowledge of the marketplace and user feedback across the web to provide valuable insights. Let us do all the digging so you can make an informed decision.

Disclosure: Review Cellular is reader supported. When you buy through links on this site, we will earn an affiliate commission. Thank you for your support. 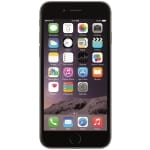 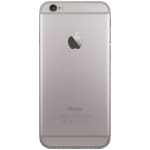 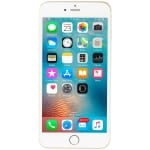 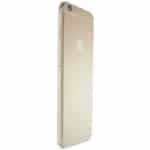 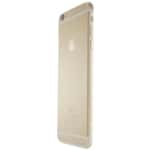 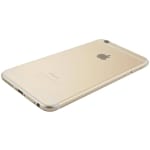 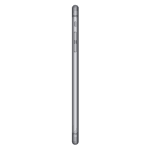 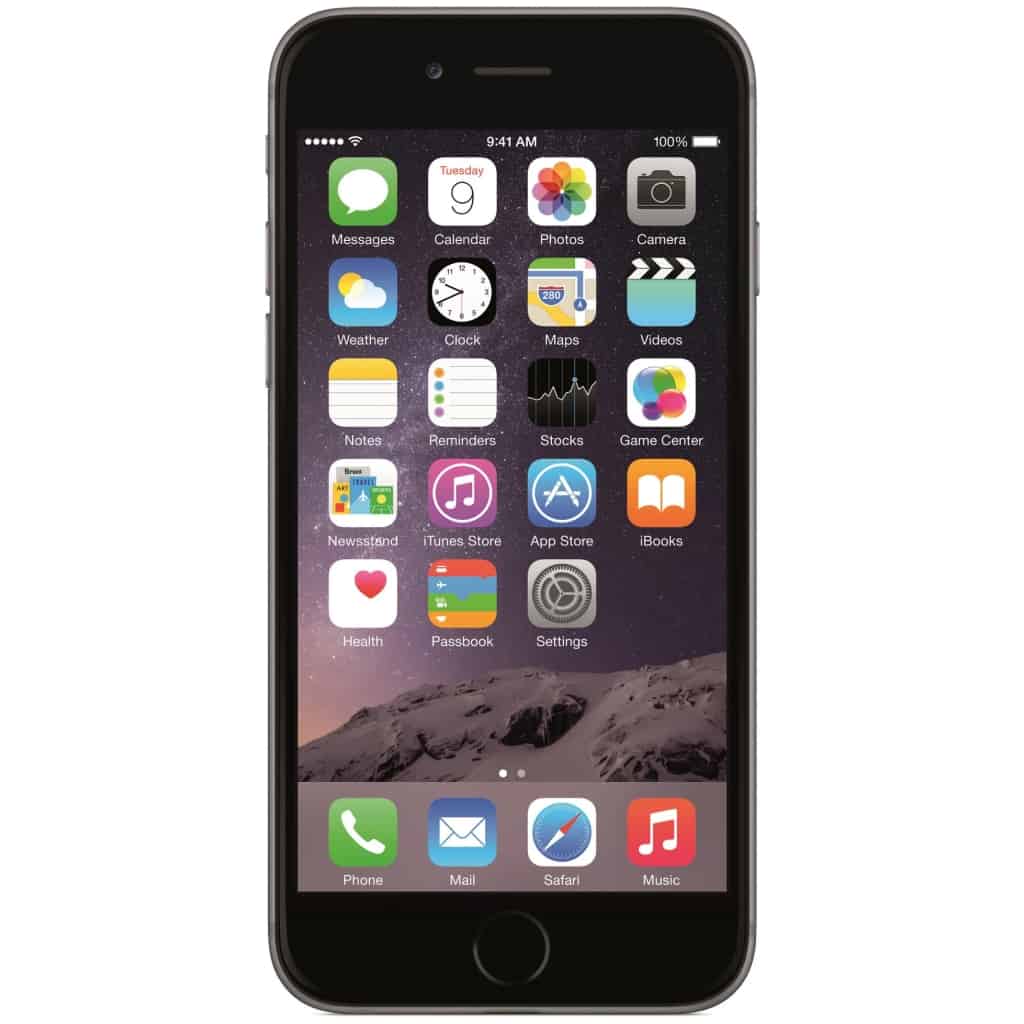 **This post contains affiliate links, and I will be compensated if you make a purchase after clicking on my links.

What We Love About Apple iPhone 6 Plus

Being Apple’s first phone to break past the 5-inch screen norm, the iPhone 6 Plus has etched its place in history as one of the firm’s first phablets. With top of the line hardware, this phone has managed to remain relevant even today. Featuring a glass and aluminum body, and powered by the impressive Apple A8 chip, the iPhone 6 Plus stands tall to the best flagship smartphones even in 2018. Now, let’s dive into our detailed iPhone 6 Plus review.

The phone comes with crisp, clean, and minimalistic packaging. The box is all white with an iPhone on the front and a bit of writing on the bottom. Once you take off the wrappings, you are greeted by a familiar sight; an iPhone sitting on top of the box on its own bespoke plastic tray.

Underneath the phone, we have a white envelope that contains some of the paperwork such as the user menu, stickers, and the sim card ejector. Then, we have the ear pods that are in their own plastic casing together with the charger. Depending on your specifications, you might get a two or three pin charger at this point. Last but not least, we have the USB cable. 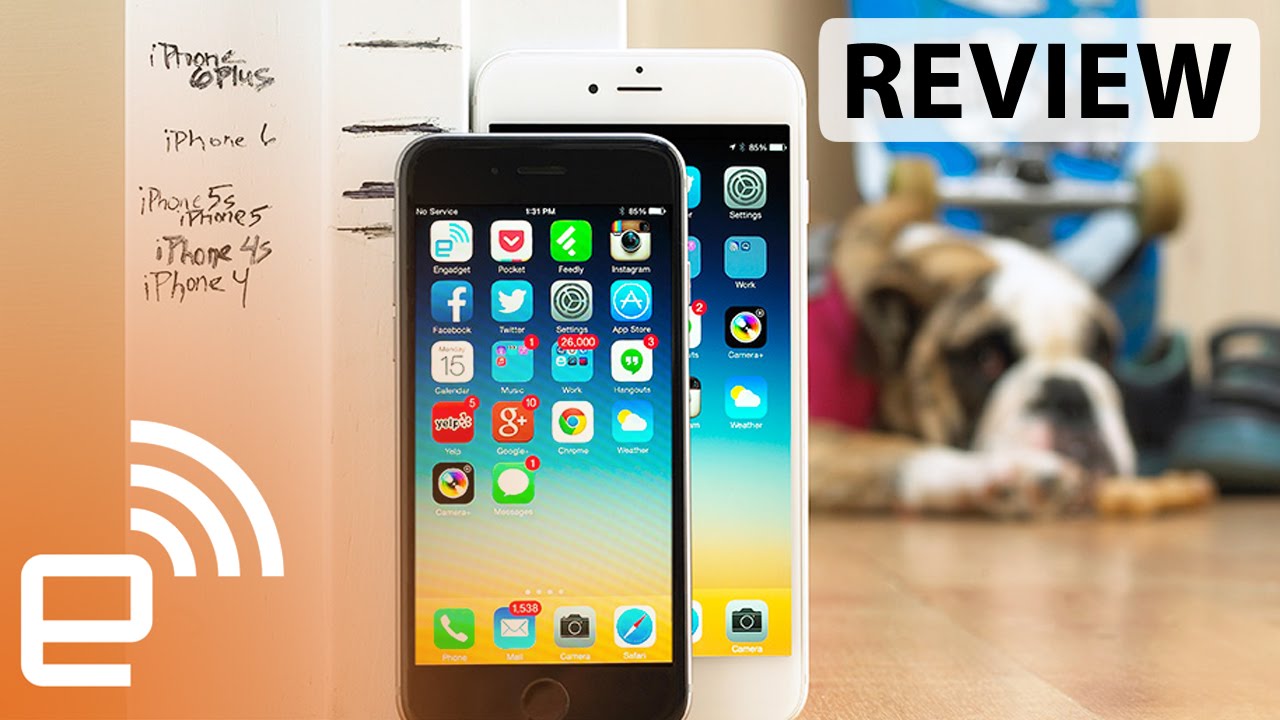 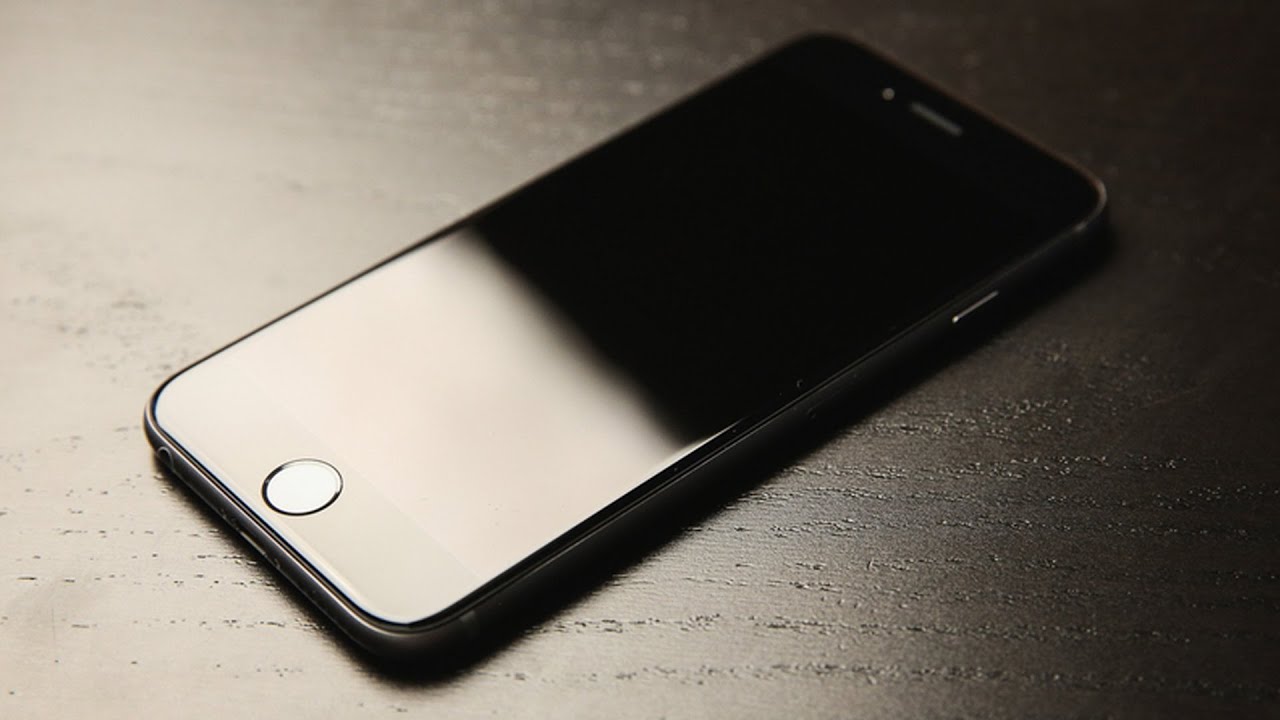 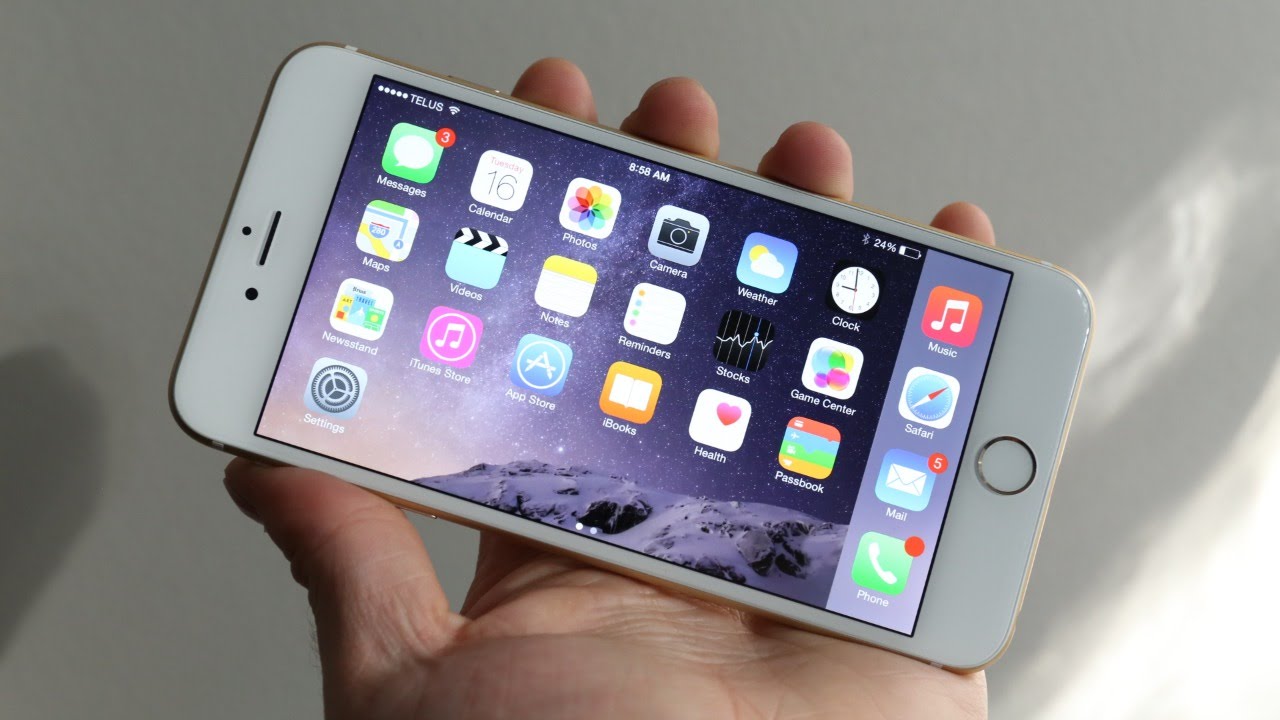 YouTube content on this site is displayed using an Elementor Pro Video Playlist widget under YouTube Terms of Service https://www.youtube.com/static?template=terms. Trademarks, copyrights, brand names and images displayed in this embed are the property of their respective owners, and are for identification purposes only.

The iPhone 6 Plus is enormous when compared to its predecessors. This iPhone has a massive 5.5-inch screen, which compared to other devices such as the LG G4 or G5 is bigger and bolder, measuring up to 159mm high. In true 2014 fashion, the device has some large bezels which can be accredited to the front facing Touch ID fingerprint sensor located below the screen. This time around, Apple decided to go with a glass and aluminum body with rounded off edges to give the phone better grip. Despite being 7.1mm thick, it weighs only 172g which gives the phone a more premium feel.

Since the phone is larger than previous models, Apple moved a few things around design-wise. Most notable would be the power rocker which has been moved to the right-hand side from previously being at the top. This new improvement makes the button much easier to reach with just the thumb or a finger. However, those with smaller hands might have a bit of an issue with this phone given the size. The usual volume and silent mode rockers stay firmly on the left side. The phone comes in the usual colors of Silver, Gold and Space Grey.

While wars have raged about megapixel count in cameras from manufacturers such as Samsung, HTC or Sony, Apple has chosen not to join the fray. The iPhone 6 Plus boasts a 1.2MP FaceTime HD camera at the front and an 8MP iSight camera at the back. Even though the megapixel count isn’t that high on these cameras, the phone’s performance in this regard continues to impress. This could be attributed to the addition of what Apple calls “Focus Pixels”. Basically, this is Phase Detection Autofocus (PDAF), a technology that enables the camera to focus on objects much faster, thus allowing for better snaps.

What’s more, the 6 Plus’s camera has optical image stabilization which helps capture crisp pictures since it eliminates blurs as a result of shaking. Although models such as the iPhone 6s, 6s Plus, and SE have an upgraded 12MP camera, this phone consistently delivers great photos in both normal and low light conditions. The camera app is minimalistic with things being kept short but sweet.

In addition to being a good camera for taking photos, the 6 Plus also shoots incredible videos. Besides being able to take normal HD footage, the 6 Plus can also shoot a full HD slow-motion video at 60fps. Although the phone can shoot video at 120fps and 240fps, they won’t be in full HD, but will still be pretty awesome. In low light situations, the 6 Plus performed quite well. Supported by the A8 chip, M8 motion, and a gyroscope, OIS reduces handshakes to give better picture quality in low light situations. The front camera also works perfectly well, especially during FaceTime.

Apple has often been criticized for being behind the times in terms of screen resolution. However, they have maintained top-notch quality on their screens. The iPhone 6 Plus boasts of a Retina HD screen resolution of 1920 x 1080 with a whopping pixel density of 401 pixels per inch (PPI), which is enough. Besides, the higher the number of pixels per inch, the more the power the phone would need to keep the screen on.

The difference, however, isn’t noticeable. In direct sunlight, the screen copes brilliantly thanks to IPS technology. The screen is sharp and vibrant. Apple has also used dual-domain pixels on the screen to give better viewing angles. Blacks are vibrant and color reproduction is accurate.

For any smartphone to be great, it must have a superb battery life. The iPhone 6 Plus packs a 2,915mAh battery as opposed to the smaller iPhone 6, which packs 1,810mAh. While carrying out video-playback tests, this phone lasted about 12 hours. In a day to day environment, this battery will easily last a full day with some juice to spare. Since in normal day to day usage the screen isn’t on at all times, the phone doesn’t draw a lot of power from the battery.

Unlike more recent smartphones, the 6 Plus doesn’t have wireless charging. Instead, it has the traditional lightning port located at the base of the phone. It ships with the regular 1A USB charger but you can use the iPad’s 2.1A charger which is guaranteed to charge the phone faster.

In true iPhone tradition, there is no expandable memory on the iPhone 6 Plus. If you are big on multimedia files, you will simply have to pay for the extra storage space. The phone is available in three capacities; 16GB. 64GB and 128GB. It’s important to note that iOS uses up about 8GB meaning the user has about 8GB of storage left on the 16GB version. As such, the 64GB model seems to be the best bet.

The iPhone 6 Plus is shipped from the manufacturer with iOS 8, which is fluid and comes with various enhancements. However, since then Apple has released two major updates; iOS 10 and iOS11, which are both available on the phone. Behind the scenes, the phone houses a dual-core 1.4GHz A8 processor together with a Motion M8 coprocessor coupled with 1GB of RAM. While these numbers might look weak given that some Android devices are rocking octa-core chipsets inside them, Apple does an incredible job of integrating the processor to work seamlessly with the hardware to provide users with a smooth experience no matter the workload.

Pitted against other flagships of the time such as the LG G3 and Xperia Z2, the 6 Plus performed quite favorably. It scored 2890 against the Xperia’s 2765 and the G3’s 2561, thus placing it in the same league as the Galaxy S5, OnePlus One and HTC One M8.

While looking at GPU performance, the 6 Plus easily handles all types of games with grace and finesse. The Imagination PowerVR GX6450 GPU is powerful enough to handle some of the more graphically intensive games. In terms of sound, the iPhone 6 Plus’s speaker is located at the bottom. The speaker is loud enough and tones are clear. However, if you want better sound, you can couple the phone with a pair of headphones or Bluetooth speakers.

When was the Apple iPhone 6 Plus released? 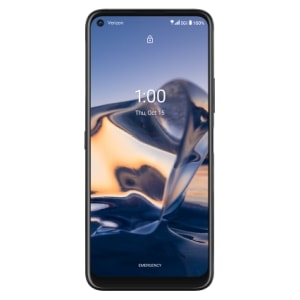 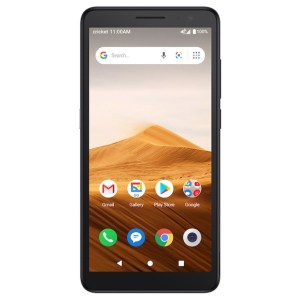 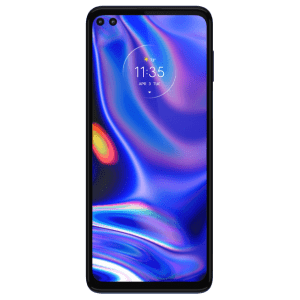 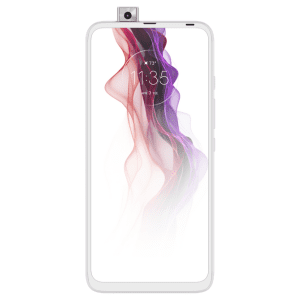 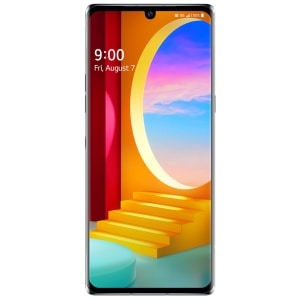 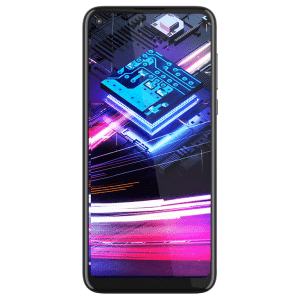 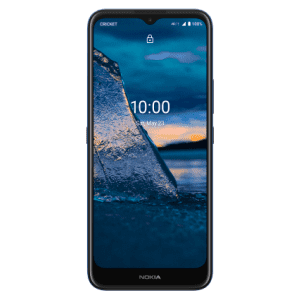 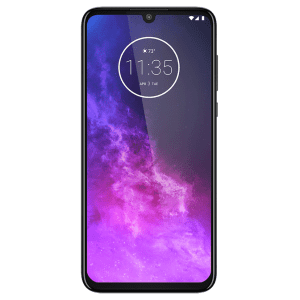 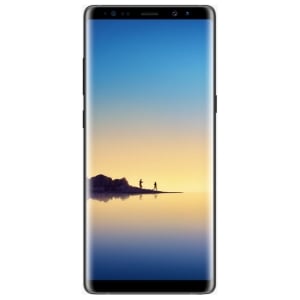 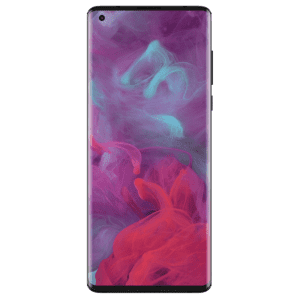 We use cookies to ensure that we give you the best experience on our website. By continuing to browse this site, you agree to this use.

Disclosure: Review Cellular is reader supported. When you buy through links on this site, we will earn an affiliate commission.